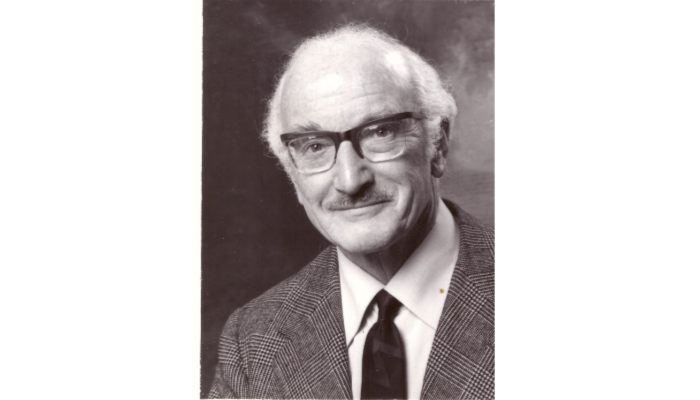 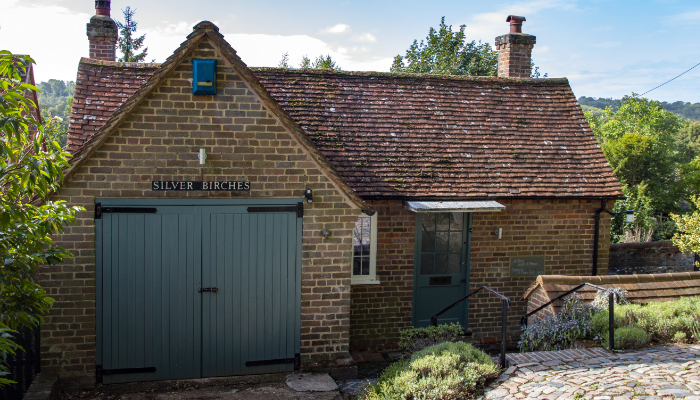 Lt. Col. Lesslie Watson MBE originally lived in Steps House (changed from The Manor House by Jill and Julian Prideaux) in The High Street, West Wycombe for many years before designing and having Silver Birches built in Church Lane almost opposite West Wycombe Caves.

Silver Birches, designed by Lesslie Watson an architect by trade, appears to be a bungalow but was designed upside-down to take advantage of the views over the village and West Wycombe Park. The bedrooms are downstairs.

It is understood that he served in the Royal Artillery and was awarded the MBE in 1953.

In 1953 a programme of events was organised for the whole Parish to celebrate the Coronation. Under the Chairmanship of Sir Francis Dashwood a committee which included Lesslie Watson who was in charge of "festivities" organised a Coronation Celebration Week.

[We are grateful to Cathy Rance for donating the Coronation Programme.]

In 1958 as Chairman of the West Wycombe Station Users Association, Lesslie wrote to Railway Staff following the announcement of its closure.

It was during the Coronation Celebrations that funds were being raised for a new Village Hall, the old village hall was sited on the field that we now know as the Pedestal Field (as opposed to the Pedestal Playing Field).

Lesslie Watson competed and won a competition (believed to have been organised by Sir Francis Dashwood) to design the new hall and in 1960 it was officially opened. At the time it was considered very advanced in the design and facilities that it provided. Lesslie was very proud of the Hall and even more so because all the funding required was gathered by donations from people in the Parish.

The Hall is owned and managed by the West Wycombe Community Association, a not-for-profit organisation managed by volunteers whilst the land is leased from the National Trust.

Before he died Lesslie designed a memorial for his family which is in St Lawrence's Churchyard.

We're unsure of how it fell by the wayside, but two villages on either side of West Wycombe, Downley and Piddington, took the name, West Wycombe Parish Council, but it did not include West Wycombe!

Lesslie organised a referendum and even though there was a low turn out to vote, it was clear that the residents wanted their own Parish Council to look after the interests of the area.

He encouraged people to stand for the parish council by inviting them to tea. The first election was on 7th of May 1987. 12 people stood for 7 positions as Councillors, 4 women and 8 men. Originally 13 but one man stood down at the last minute. It was very exciting at the “count” in High Wycombe Town Hall. The highest vote was 279 and the lowest 114. The first councillors were, in order of votes, Vicki (June) Bristow, Christine Baul, Michael Gerrard, John Turner, Jayne Watson, Lesslie Watson, and Gordon Sparrow.

The Parish Councillors were summoned to their first meeting by Wycombe District Council, which was held in the Church Room at 6-30 pm on Tuesday, May the 12th 1987, and invited to elect their Chairman (Lesslie Watson) and Vice-Chairman (Vicki Bristow).

Vicki Smith (formerly Bristow) became Chairman two years later, and is the longest serving member of the Council. Michael Gerrard retired for a short time but was re-elected and held office until he died on 30th June 2005.